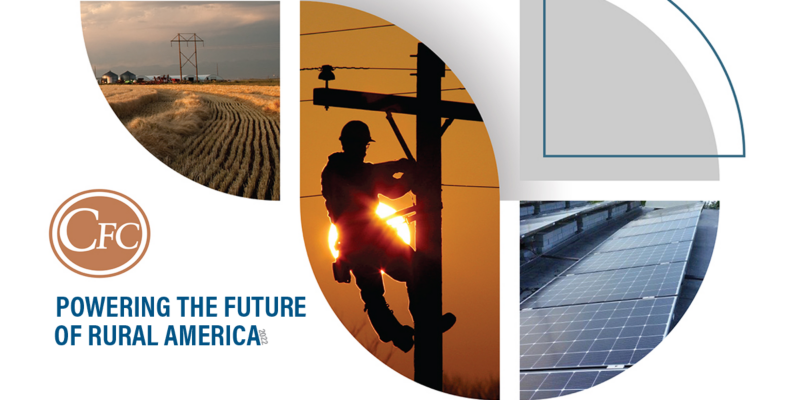 CFC’s 2022 “Corporate Citizenship Report: Powering the Future of Rural America,” is now available as a PDF download from the CFC website.

The report highlights how CFC empowers electric cooperatives to fulfill their historic mission of service while helping to create a better, more sustainable world.

A key takeaway of the report is that CFC and its members are continuing to move forward with renewable energy adoption and achieving success with meeting environmental, social and governance (ESG) goals. One example highlighted in the report is the 1 MW, onsite solar farm built by two CFC members in Georgia—Jackson EMC and Green Power EMC—to support the sustainability goals of Southeast Toyota Distributors, the world’s largest independent distributor of Toyotas.

“As evidenced by their increased emphasis on renewables, energy resilience and broadband, electric cooperatives are continually adapting to the shifting priorities of the communities they serve,” CFC CEO Andrew Don said.

Also included is information on how CFC helps electric cooperatives contribute to the communities that created them, whether it is through contributions from the CFC Educational Fund or helping them access capital from the USDA’s Rural Economic Development Loan and Grant (REDL&G) program, which supports economic development.

“As a financial cooperative created and owned by electric cooperatives themselves, CFC is there for members every step of the way, providing the intellectual and financial capital they need to power the future of rural America,” CFC Board President Alan Wattles added.