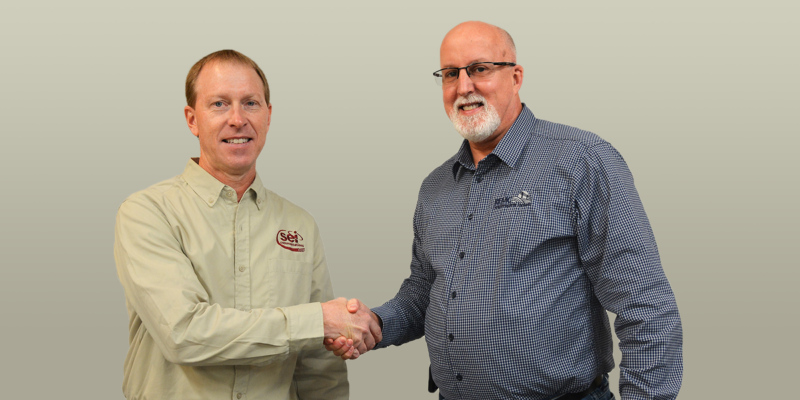 Rural America is often the last to get cutting-edge technology like high-speed broadband. Fewer potential customers make it difficult for companies to justify the capital investments needed to roll out fiber-to-the-home (FTTH) or fixed wireless access.

SEIREMC saw the many advantages that broadband offered for their members, including expanded options for e-learning, work from home and telemedicine. The service will even boost home residential real estate values as well. Fiber-optic connection to the home provides an estimated $4,000 boost in property values, according to SEIREMC General Manager Keith Mathews.

With all those potential benefits, SEIREMC’s goal to bring broadband to its rural Indiana customers got underway in 2018, when officials began talking with other regional providers about their plans.

“Everybody kept coming back and saying, they're not going to do it because of the cost,” Mathews said. “It doesn't make sense for profit-driven organizations.”

With some areas having as few as two members per mile, the economic realities of a build-out could look “grim,” he explained.

The market for this service was clearly present in its service area. A member survey revealed that out of 24,000 members and 9,500 responses, 80 percent of those were interested in high-speed internet access.

In addition, SEI was in the process of building out fiber to about 4,000 of its members.

SEIREMC's electrical lines were already connected to member homes, providing a clear path for the fiber project. In addition, it had already devoted considerable funds to securing rights of way, tree clearing and running cable underground in certain areas.

Through this arrangement, the electric cooperative found a way to get members connected and do it at a lower cost than trying to do it themselves, Mathews explained.

The cooperative is projecting a take rate of 58 to 65 percent for the build-out.

The joint venture with SEI transformed the FTTH effort into an economically viable project. Under the arrangement, SEI owns and operates the hardware, while SEIREMC deploys and maintains the fiber throughout the region.

Traditionally, SEIREMC has borrowed funds from USDA’s Rural Utilities Service, but learned that it would be a long and difficult path to acquiring funding for this project.

“I knew that if we went through RUS it was going to take a year or two to get financing in place,” Mathews explained.

Instead, the cooperative looked to CFC, which provided the funds needed for the project much faster and with less red tape. SEIREMC secured a $62 million term loan to fund capital expenditures and operating support for the project.

The two cooperatives have also investigated state funding for the project. SEI won a $12.5 million Indiana State Next Level Grant. Additionally, SEIREMC is receiving $88,874.70 annually for a total of $888,747 over the next 10 years from a Rural Digital Opportunity Fund grant.

SEIREMC also obtain an “infrastructure exemption that helped it with property taxes,” Mathews said. “Pieces like that just helped the financial model.”

High-speed broadband provides members with more than the ability to stream video and surf the internet. Access will also provide the electric cooperative with additional opportunities to implement technology, such as smart meters, which can lower the cost of meter reading and assist with getting members back on-line after power outages.

“I would think most co-ops, if they start thinking about that process, would want to be in the fiber business,” Mathews said. “It will allow them to diversify their assets, and not just be tied with the power market.”

Build-out of the entire project is expected to be completed by the end of 2023.