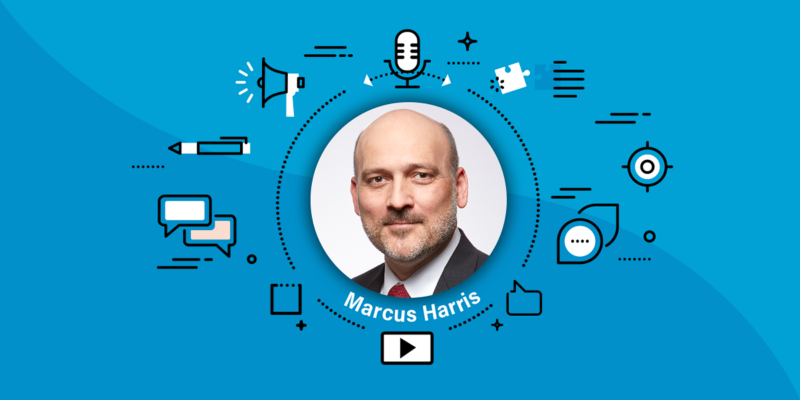 During the March 10 CFC Financial Webinar Series broadcast, “ODEC CO2 Goals—A Risk-Managed Approach,” Harris shared details on the impetus behind the G&T’s decision to seek net-zero carbon emissions, how ODEC will balance reliability with innovation to achieve its objectives and how the G&T collaborates with its distribution members.

One of the factors for ODEC’s net-zero carbon dioxide emissions goal was the Virginia Clean Economy Act that was signed into law on April 12, 2020. The law imposes renewable energy requirements, energy efficiency improvements, development of battery storage systems and other mandates on the investor-owned utilities in the state as well as requiring Virginia to join the Regional Greenhouse Gas Initiative on January 1, 2021.

Delaware and Maryland are encouraging the development of more renewable and lower carbon generation resources, and federal statutory and regulatory greenhouse gas initiatives are expected to change with the new administration.

“We recognize that the three states that we’re in have, or very likely will implement, CO2 reduction mandates in the coming years,” Harris said. “I believe at the federal level there will also be carbon requirements.”

Along with new state and federal laws and regulations, ODEC’s members, and society in general, are making clean energy demands. Harris noted residential members are asking for a lowered carbon future while manufacturers across the country, and in ODEC’s service territory, are demanding cleaner generation supply. Technology companies are also demanding carbon-free and renewable energy.

“We need to be realistic about the government mandates, but also of the demands our members put on us as a utility,” Harris said. “ODEC is committed to evaluating all options and working with our board to identify the most cost-effective alternatives to further reduce our carbon dioxide footprint while keeping electricity affordable and reliable. Our risk-management philosophy ensures our members have an adequate, risk-managed power supply today and in the future as we decarbonize our resource mix.”

ODEC is the second G&T cooperative to set a net-zero goal. From 2005 to 2020, ODEC reduced carbon dioxide emissions by 46 percent and its carbon intensity by 44 percent. The G&T has set an interim goal to reduce carbon dioxide intensity by 50 percent by 2030, as compared with 2005.